Divider
Sorry, the username was not found in our system.
Login failed. Please try again.
No sponsor found.
You are not allowed to shop in this country.
You were logged out for inactivity.
Your account has been terminated. Please contact customer support.
There have been more than 3 failed login attempts for this account. Please go to "I forgot my Password" or "I forgot my Username" to reset your account.
Your account has been disabled. Please contact customer support to enable your account.
Please login to take advantage of your campaign offer.
Register for an account I forgot my Password I forgot my Username
Sorry, that ID number was not found in our system.

To search for your Web Username and Password, enter your ID Number.

Sorry, that ID number was not found in our system.

You are not allowed to shop in this country.

Sorry, there was an error communicating with the ID service. Please try again.

You are not allowed to shop in this country.

If this does not help, click "continue" to be emailed instructions on how to reset your password.

Sorry, there was an error communicating with the ID service. Please try again.

An email was sent to <%tag%> with instructions for resetting your password. If you do not receive this email, please check your junk folder or contact Customer Service for further assistance.

An email was sent to <%tag%> containing your Username. If you do not receive this email, please check your junk folder or contact Customer Service for further assistance. 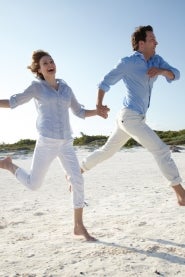 THE OPPORTUNITY IS NOW

As a population we are not just living longer—we are demanding more out of our years. We want to look better and feel better. We want to be the ones to control how we age. And now, we’ve made the scientific breakthrough to put the power in your hands.

Click here to learn more about our anti-aging science.

Q. What is a Youth Gene Cluster?

A. Talk about an Aha moment! While researching the genetic life cycle, our scientists discovered groups of genes called Youth Gene Clusters. The term “youth gene clusters” is a term Nu Skin has developed in reference to functional groups of genes that can be regulated to promote and maintain a youthful gene expression profile. While other researchers were focusing on just one gene at a time, ours realized that in fact these groups are the key to aging.

Q. What is the benefit of focusing on a Youth Gene Cluster, rather than a single gene, when developing products?
A. There are multiple genes involved in regulating aging. Identifying and targeting YGCs provides a more comprehensive anti-aging approach. By understanding multiple genes instead of a single gene, many aging attributes can be targeted simultaneously.

Q. Is Nu Skin's anti-aging science well established? Can I find references to it in scholarly or third party journals?
A. Our exclusive anti-aging science targets the sources and signs of aging and is specific to Nu Skin; therefore, some terms, like Youth Gene Clusters, are not presently found in scientific journals. However, the basis of our science is grounded in current cutting-edge research. Some of the foundational research that pertains to skin has been, and will be, submitted for publication and/or presentation to several scientific forums, such as Journal of Investigative Dermatology, Journal of Cosmetic Dermatology, Society of Cosmetic Chemist Annual Scientific Seminar, Journal of American Academy of Dermatology, and International Federation of Societies of Cosmetic Chemist. The first poster was presented in December 2009 at the Society of Cosmetic Chemist Annual Scientific Seminar.

Q. Dr. Chang has mentioned some articles that were published in both Science and Nature journals. Where can I find this information and how does this relate to Nu Skin?
A. The articles in Science and Nature that were released dealt with the sequencing of the human genome, which is an important scientific milestone for genetic research. (Ventor, J.C. et al. The Sequence of the Human Genome. Science, 291:5501; 1304-135. International Human Genome Sequencing Consortium. Initial Sequencing and Analysis of the Human Genome. Nature, 409; 860-921.) These articles are based on the foundational science that helped lead to Nu Skin’s identification and definition of Youth Gene Clusters, but were not directly related to, nor conducted on YGCs and were not published by Nu Skin.

The scientists from LifeGen have also published an article relating to their study of caloric restriction’s influence on longevity in Science. (Colman RJ, Anderson RM, Johnson SC, Kastman EK, Kosmatka KJ, Beasley TM, Allison DB, Cruzen C, Simmons HA, Kemnitz JW, Weindruch R. Caloric restriction delays disease onset and mortality in rhesus monkeys. Science. 2009 Jul 10;325(5937):201-4.) A previously published study conducted by LifeGen helped them identify aging biomarkers, which they termed supermarkers. (Park SK, Kim K, Page GP, Allison DB, Weindruch R. Prolla TA. Gene Expression Profiling of Aging in Multiple Mouse Strains: Identification of Aging Biomarkers and Impact of Dietary Antioxidants. Aging Cell 2009 Aug; 8(4):484-95.) This research can be seen as foundational science relative to ageLOC. However, keep in mind that the research done at LifeGen will be more integrated and applicable to the forthcoming ageLOC developments for Pharmanex and does not have direct application to what has been developed for the ageLOC personal care products.

Q. How well known are Drs. Weindruch and Prolla in the scientific community?
A. Collectively Drs. Weindruch and Prolla have published more than 207 scientific papers. Dr. Weindruch has published over 125 peer-reviewed research reports, 38 review articles, and two books, and is also frequently quoted in popular media outlets such as The New York Times and Wall Street Journal. Their research company, LifeGen Technologies, is backed by 30 years of expertise.

Q. Are there patents associated with ageLOC?
A. ageLOC is a product concept—not a specific product. Therefore, though the word “ageLOC” is trademarked, it is not patented. However, we have patents pending on proprietary ingredients in many of our ageLOC products. Also, some of our research collaborators have patented the research approach taken to identify YGCs. Nu Skin scientists are also in the process of filing patents relative to identification of YGCs in the skin. In total, there are 16 patents applicable to ageLOC thus far. We expect more will be filed in the future.

Q. How did Nu Skin discover ageLOC? Was it acquired or developed by Nu Skin?
A. Nu Skin scientists developed our anti-aging science through research, collaboration with leading universities, and direct extensive testing. Nu Skin recognized the impact of multiple genes involved in aging. This resulted in the identification of Youth Gene Clusters (YGCs), or functional groups of genes linked to those aging attributes.